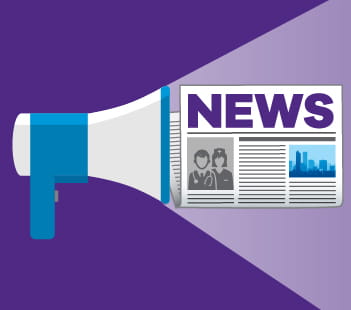 Just over a year after Mayor Michael B. Hancock signed the Paris Declaration to join the global effort to end the AIDS Epidemic by 2030, Denver has achieved a second of three major milestones set as part of the United Nations 90-90-90 targets.

In July, Denver was among the first cities in North America to reach the United Nations 90-90-90 target of having 90 percent of people living with HIV know their HIV status. Today, Denver has achieved a second target of having 90 percent of those in HIV care with suppressed viral loads.
The achievement comes just ahead of tomorrow’s World AIDS Day, which Mayor Hancock has proclaimed as “World AIDS Day in Denver.”

“I can’t think of a better way to mark World AIDS Day than with this phenomenal progress in the fight against HIV/AIDS,” Mayor Hancock said. “Denver has one of the most comprehensive networks supporting people living with HIV, and as a community, we are changing the future of those living with HIV/AIDS.”

“Denver’s final target is having 90 percent of people living with HIV be in care,” said Sarah Rowan, MD, director of HIV and Viral Hepatitis Prevention at Denver Public Health. “To achieve this, Denver Public Health will launch a program in 2017 to encourage patients who haven’t been seen in clinic for more than a year to reengage in care.”

The Paris Declaration Agreement was launched in Paris on World AIDS Day in 2014 by the International Association of Providers of AIDS Care (IAPAC), the Joint United Nations Programme on HIV/AIDS (UNAIDS), and the United Nations Human Settlements Programme (UN-Habitat), as part of an effort to dramatically reduce new HIV infections and future AIDS-related deaths through increasing testing, treatment and education.

In signing the Paris Declaration, Denver agreed to meet the following targets by 2020:

Denver Environmental Health’s Office of HIV Resources administers $7.9 million of federal Ryan White Part A funding to provide HIV-specific care and related services through a network of eighteen (18) HIV-specific service providers who provide comprehensive, cost effective programs that benefit people living with HIV/AIDS and those affected by the disease in the Denver Metro area. These HIV-specific services provided through Ryan White Part A funds, such as primary health care, medical case management and HIV/AIDS pharmaceutical services, have contributed significantly to achieving this latest 90-90-90 milestone.  $2.7 million of Ryan White Part A funds support the three large HIV-specific primary care clinics at the Children’s Hospital, Denver Public Health, and the University of Colorado Hospital.