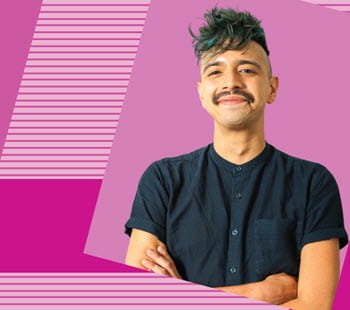 Denver Public Health (DPH) announced today the launch of the “Being Sure Is” advertising campaign using local people, not paid models, to encourage all sexually active people to get regularly tested for HIV and sexually transmitted infections (STIs).The campaign follows the recent news that rates of STIs in Colorado have climbed 183 percent in 2017 from 2013. The release of the “Being Sure Is” campaign supports DPH’s commitment to fast, flexible, no- and low-cost testing that matches the needs of our city.

“Sexual health is for everyone,” said Tracy Scott, manager of STD/HIV outreach at DPH. “No matter your age, race, gender identity, or who you are having sex with, we want to encourage sex positive conversations and reduce barriers to testing and treatment.”

Many STIs don’t show symptoms and some can lead to long-term side effects, including fertility issues and increased risk for getting HIV. Half of young people living with HIV in the U.S. don’t know it. Testing is easy and treatment works.

The campaign features digital ads and banners, placements on dating apps, social media advertisements, posters and bar coasters, in English and Spanish all conveying how knowing your HIV and STI status is empowering. The photographs were taken by Azul DelGrasso; message development was done by Cultural Broker LLC; the media buy was placed by SE2.

“People in Denver just want to have lots of fun, safe sex,” said Dr. Sarah Rowan, associate director of HIV prevention and viral hepatitis treatment at DPH. “You shouldn’t feel embarrassed about the need to know if you have HIV or an STI. Instead, being sure about your sexual health is empowering.”


According to DPH, rates of STIs have steadily risen over the past few years in the Denver metro area. Between 2014 and 2017 in Denver County:

What’s new with sex– and testing– in Denver


The “Being Sure Is” campaign underscores DPH’s commitment to testing and treatment that matches the needs of our city. DPH was the first public health agency to offer free HIV and STI testing in men’s bathhouses, continuing today. DPH’s Outreach and Prevention program tests at community-based locations throughout Denver, five days a week. In less than 30 minutes, people can learn about pre-exposure prophylaxis (PrEP); get rapid results for HIV, syphilis and Hepatitis C; and begin the process of being tested for gonorrhea and chlamydia. In addition to regularly scheduled testing, the program’s mobile testing unit goes to several new venues a month to offer no-cost, rapid HIV tests that provide results in as little as 1 minute.

Also, DPH was the first public health agency in Colorado to have an ongoing presence on geo-social dating apps, with a goal of providing information about prevention right when people might be thinking of having sex or about their sexual health, allowing the outreach team to have a flexible and responsive digital presence.

DPH’s walk-in STI clinic, located at 605 Bannock Street and open Monday through Friday, 7:45 am – 5 pm, offers no- and low-cost treatments for syphilis, gonorrhea and chlamydia. For the past year, the STD testing clinic has offered the ability to get a prescription for PrEP, a pill that prevents HIV, during an STI clinic visit.

“DPH gave away 100,000 condoms last year,” continued Rowan. “Condoms are a great way to prevent the spread of HIV and STIs, but if condoms alone worked, we would have stopped the HIV epidemic long ago. PrEP stops the transmission of HIV and is an awesome option for some people.”

For people living with HIV, DPH’s Center for Positive Health offers high quality medical care, allowing people with HIV to stay healthy and avoid the risk of transmitting it to others.


Testing for STIs can be done rapidly and privately. Potential sexual partners can visit a walk-in testing site before having sex, test privately and get an answer in as little as 20 minutes.
If they get a positive diagnosis, in many cases, they can begin treatment immediately.

DPH urges people to talk to their primary care provider about getting tested regularly. Read more about the Being Sure campaign and find a testing location near you. In Spanish, visit Yo me aseguro and find testing locations.