Denver Has a Drinking Problem 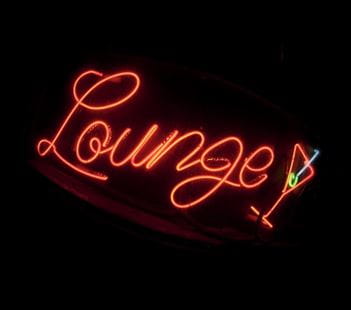 More than one in four Denver adults (27 percent) binge drinks, according to new data released by Denver Public Health.  What’s more, the people who drink excessively in Denver make up a greater portion of the adult population than in any other comparable Western city.  And while the health effects of alcohol are common knowledge, experts say that in Denver, proven strategies to limit alcohol use are underutilized.

“Most of us use alcohol – we’re very familiar with it, hence we don’t see it,” says Dr. Bill Burman, executive director of Denver Public Health. “But let me be clear: Denver has a drinking problem.”

The data were released during the Sbarbaro Grand Rounds lecture today on the epidemiology of alcohol and health in Denver.

"Many states have more restrictive policy environments than Colorado," said Dr. Tim Naimi, keynote speaker at the event and a faculty member at Boston Medical Center’s Grayken Center for Addiction. "The good news is, with Colorado's lax policies, there's a lot of room for improvement."

“With alcohol abuse, we see increased violence in the form of assaults, motor vehicle accidents, scooter accidents, auto-pedestrian accidents and falls, which are associated with people drinking excessively,” said James Robinson, assistant chief, Denver Health Paramedic Division.  “On Friday and Saturday nights, we see a lot of assaults by people coming out of bars, and in winter, we see hypothermia: people drink too much, don’t recognize how cold they are and sometimes pass out in the snow.”

In 2018, the consequences of Denver’s high rate of alcohol use showed up in emergency room visits and car crashes:

“On a given day, at least half the people I see have a drug or alcohol issue, and most of it is alcohol,” said Dr. Julie Taub, a hospitalist with Denver Health.

Contributing factors: a culture of alcohol and low alcohol taxes

While the consequences of alcohol misuse are grave, the issue is often overlooked or ignored.

“With overfamiliarity, you stop seeing the problem,” says Burman. “Coors Field, tailgating, the Great American Beer Festival, the rise of microbreweries and micro-distilleries – even a new exhibit at the history museum celebrate Denver’s connection to alcohol.”

Denver is known as a drug- and alcohol-friendly city, but “we are not addiction sympathetic,” added Taub. “The state’s resources for addiction treatment are inadequate, and of the treatments that are available, many are not evidence-based.”

Increasing alcohol prices through taxes is one proven method for curbing excessive alcohol use. Colorado ranks 39th in taxes on wine, 46th in taxes on beer and 47th in taxes on spirits, according to the Tax Foundation.

“We as a community can do something about alcohol misuse,” says Burman. “We can prevent many of the acute and chronic effects of alcohol on health through better identification and treatment, environmental controls and heightened public awareness.”

Denver Public Health provides a wide range of services that evaluate, promote and protect the health and well-being of the residents of Denver and beyond. Denver Public Health monitors the health of Denver and responds to disease outbreaks and other emergencies, as well as works with many partners to prevent health problems by decreasing injury, preventing tobacco-related illnesses and promoting health eating and active living.  Clinical services include: STD screening and treatment, family planning, immunizations, tuberculosis screening and care, birth and death records, and HIV/AIDS care.